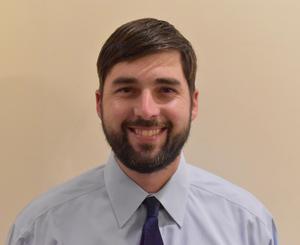 During the December 8th, 2020 Board of Trustees meeting Coach Brent Barham was selected as the interim coach for the Hattiesburg High School Baseball program. This comes shortly after former Head Baseball Coach Joe Hartfield announced his retirement due to personal and health reasons.
"This position is important to me because I get the opportunity to lead an amazing group of young men, not just on the field, but more importantly off the field," said Barham.
"I get my hand in molding them into the future men they are going to become and that is exciting. There is a quote, "They don't care what you know until they know you care." I am just grateful that I get put into a spot where I show them how much I care for them not as an athlete, but as a person."
Barham has played an active role in the Hattiesburg High School Baseball Program since 2004. Since then, he has found his passion and heart within the athletic program of the Hattiesburg School District. In 2006, as well as 2018, he had the privilege of being a member of the coaching staff of two State Championship teams.
In addition, Coach Barham had the honor of coaching five players who have made it to the Major League level. Barham has been serving the past two seasons as the Associate Head coach under Joe Hartfield.
Speaking of the coaching staff, when asked about his goal going into the new season Coach Barham spoke about the leaders surrounded around him.
"I am blessed to have Patrick Ezell, Glenn Mitchell, Jason Harr, Tyreence Hollimon, and Chris Bedenbaughon on this coaching staff. They are great role models and truly care for our student-athletes as much as I do. We are gonna play together, act as a family, because we are a family," said Barham.
Coach Barham is supported in this role by his wife of 7 years, Mary, and his two children, Brooks and Harper.